U8 Hockey vs Beachborough School 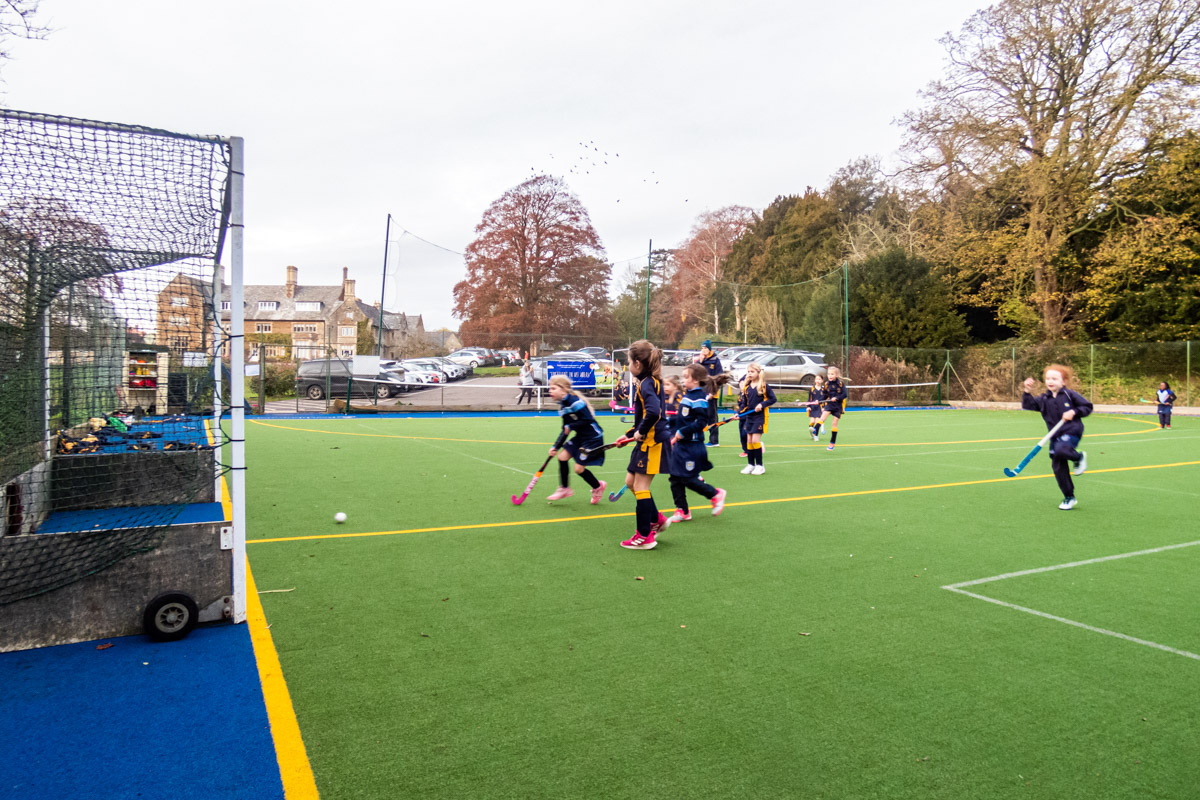 The girls set off excited to play their final match off the season against Beachborough. They were a little tentative to begin with and were thrown a little by the smaller pitch size. The Beachborough A team were able to capitalise on this, scoring a number of goals in quick succession in the first half. After a team talk at half time encouraging the girls to be more confident when tackling and to run into space when available, the girls came back positively.  They were delighted when Kylie scored a goal shortly into the second half. This was followed shortly by an impressive goal by Lilian. Sadly, the girls were unable to make up the deficit despite their best efforts the final score was left 5-2 to Beachborough.

The girls then faced the Beachborough B team. They began the game confidently having improved greatly throughout their previous match. The girls dominated much of the game, keeping most of the play in our attacking half. Clare was outstanding in attack and scored an impressive 3 goals. Any balls that entered our circle were cleared beautifully by defence. Joanna played positively on the wing and showed good attacking skills as she scored the 4th and final goal of the game.

Well done girls, a fantastic end to the season! I was very impressed with your determination!

More in this category: « U8 Rugby vs Beachborough School U10/11 Hockey vs Northampton High »
back to top