The Grove U9 Netball vs Akeley Wood 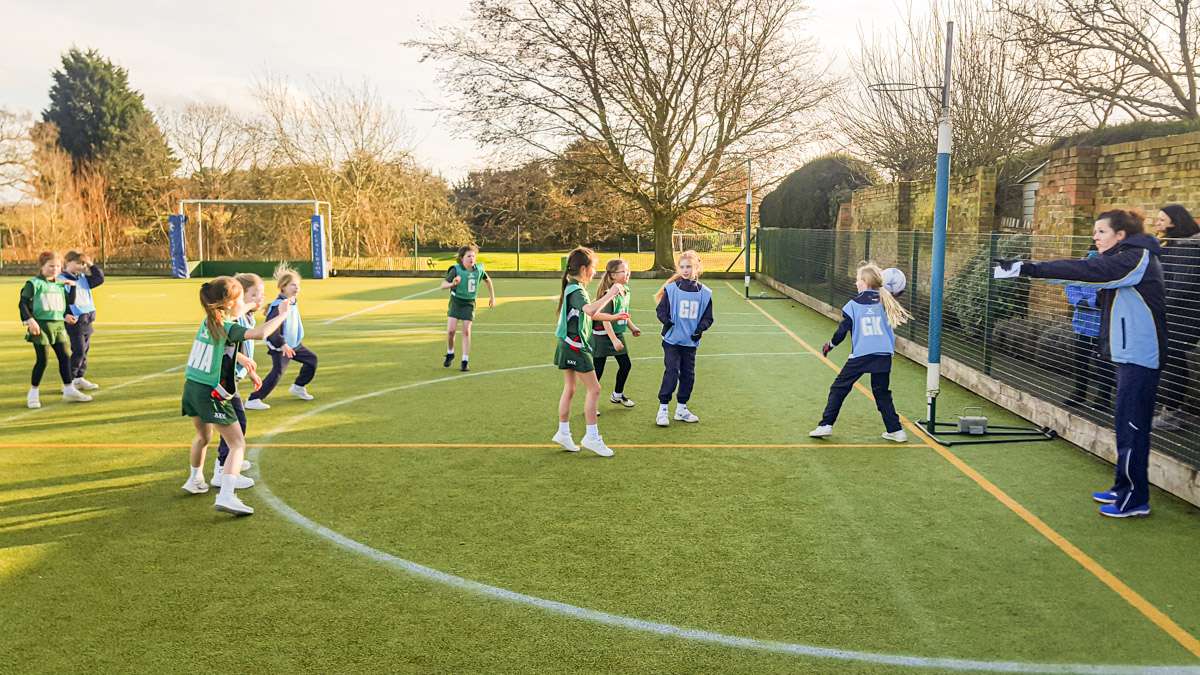 The Under 9's supported by 3 Under 8's set off on a wintry afternoon to meet Akeley Wood for their second match of the season. The A team were keen to repeat their previous winning performance and started the match steadily with some positive movements up the court. Akeley Wood marginally had the advantage in the first half but Emily and Summer were able to secure 2 goals with some excellent defending from Autumn Pim. The second half was much stronger with The Grove dominating much of the play and scoring 4 consecutive goals to finish the game 6-2 to the Grove.
The Grove 'A': 6
E. Foster (3), S. O'Kane (3)
Akeley Wood 'A': 2
Player of the Match: Summer O'Kane
The B team tried to rise to the challenge of competing against Akeley's A team and worked hard throughout the first half but despite their best efforts the first half ended 4-0 to Akeley Wood. After some changes to positions  the girls came back strongly with some superb defending from Diya Karwal and Lacey Weatherley who kept out numerous attempts on goal. Unfortunately the gap was too big to pull back leaving the final score 5-0 to Akeley Wood.
The Grove 'B': 0
Akeley Wood 'A': 5
Player of the Match: Avni Madan
Read 1317 times Last modified on Tuesday, 18 February 2020 10:54
Tweet
Published in Sport
Tagged under

More in this category: « ISA U11/13 Table Tennis Competition The Grove U9 Football vs Akeley Wood »
back to top