The Grove U12/13 Netball vs Wellingborough School 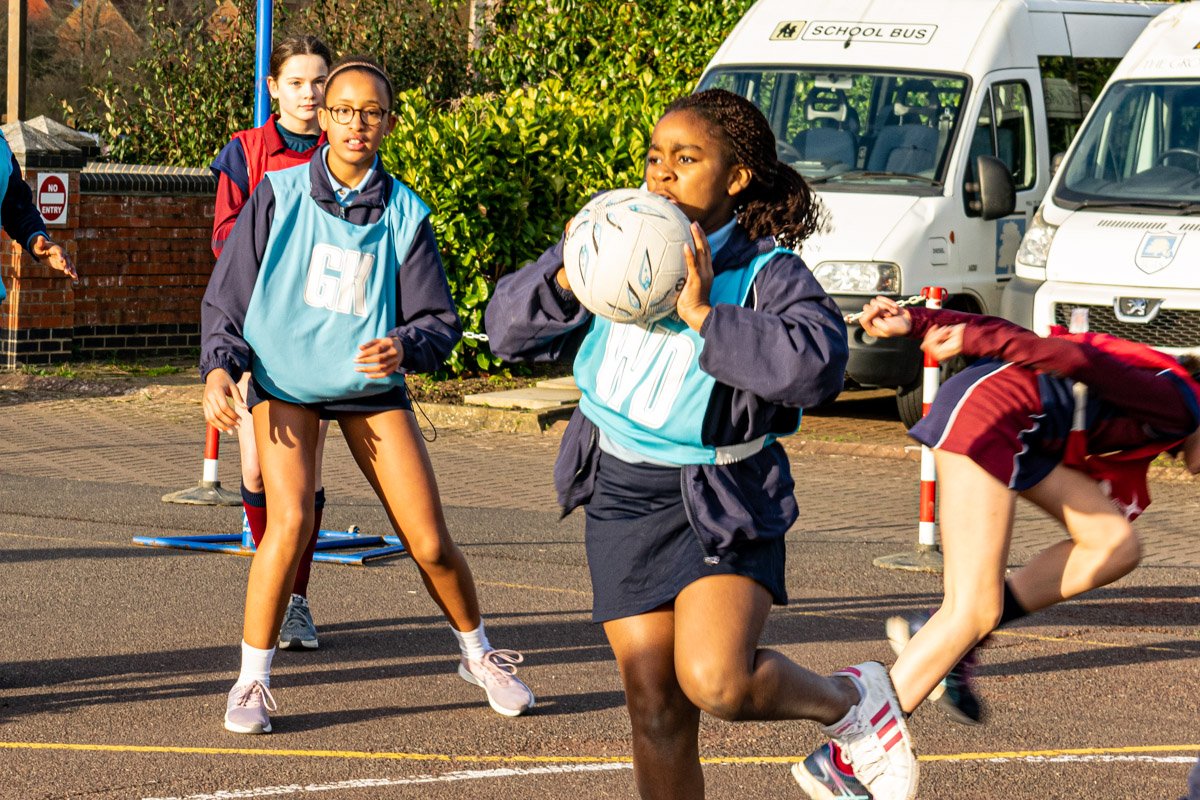 The first match was extremely fast paced and it took the girls a little time to settle into the game which Wellingborough were able to capitalise on and scored a number of goals in quick succession. We fought hard to maintain possession but lost it on a number of occasions by rushing to make the pass. The quick goals scored in the early part of the game meant that Wellingborough had opened a strong lead which despite the girl’s best efforts to defend and maintain possession they were unable to close the gap leaving the final score 15-3 to Wellingborough.
The Grove 'A': 3
C. Diniz Fernandez-Lomana (2), A. O'Kane
Wellingborough School 'A': 15
Player of the Match: Esther Williams
We got off to a steady start in the second match with Wellingborough again taking an early lead but we were much more composed throughout this game and displayed more controlled and well thought out passing. We were able to steady the rate of Wellingborough’s goal scoring and use opportunities to shoot more successfully with 2 goals from Alexa O’Kane and one from Hannah Siddall leaving the final score 6-3 to Wellingborough. Despite the loss this was a valuable learning experience for the girls particularly as the Under 13’s to prepare for their tournament next week and for those children playing up one or more age groups. Well done!
The Grove 'B': 3
A. O'Kane (2), H. Siddall
Wellingborough School 'B': 6
Player of the Match: Alexa O'Kane
Read 1327 times Last modified on Tuesday, 18 February 2020 14:23
Tweet
Published in Sport
Tagged under

More in this category: « The Grove U9 Football vs Akeley Wood The Grove U9 Netball vs Swanbourne House »
back to top