The Grove U9 Netball vs Swanbourne House 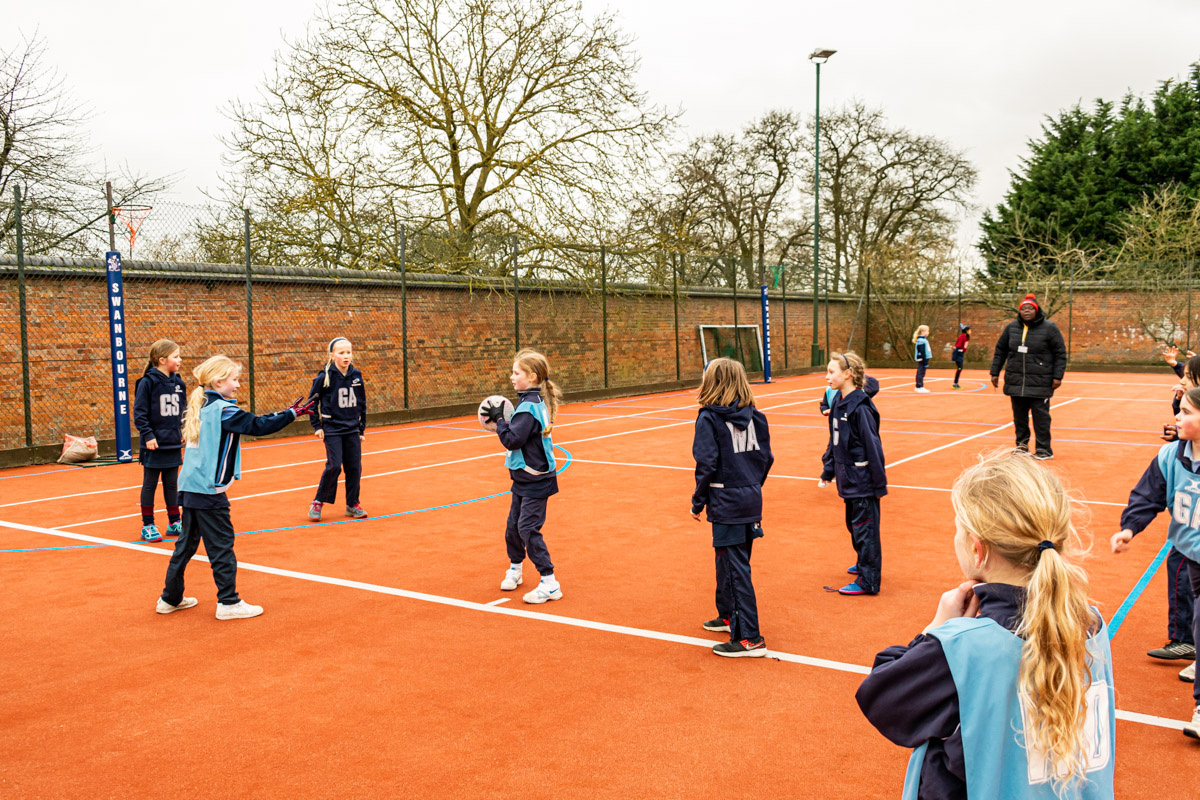 For our third netball match of the season we travelled to Swanbourn House. The team were upbeat following two good wins. The match started and within the first minuet Summer O’Kane scored a stunning long range goal however by the end of the first quarter Swanbourn were 2-1 up. With some strong defending from Autumn Pim and Lily Gibbin we managed to keep the score close however at half time we were 3-1 down. Swanbourn kept the pressure on the whole time with some excellent play, Emily Foster managed to score two goals but after playing really well we were up against tough oppersition and the final score ended up Swanbourn 7 Grove 3.

The Under 9 'B' team were excited to play in their third match of the netball season and despite the chilly conditions were keen to get the match underway.  We got off to a steady start with much of the play in Swanbourne's attacking third.  Despite numerous attempts on goal Swanbourne were unable to secure a goal until the second quarter thanks to great defending from Diya Karwal and Lacey Weatherley.  The girls grew in confidence throughout the game with excellent movement from Avni Madan and great attmepts on goal from our shooters.  Despite the girls best  attempts we were unable to secure a goal against Swanbourne leaving the final score 1-0.

More in this category: « The Grove U12/13 Netball vs Wellingborough School The Grove U8/9 Boys Hockey vs Winchester House »
back to top