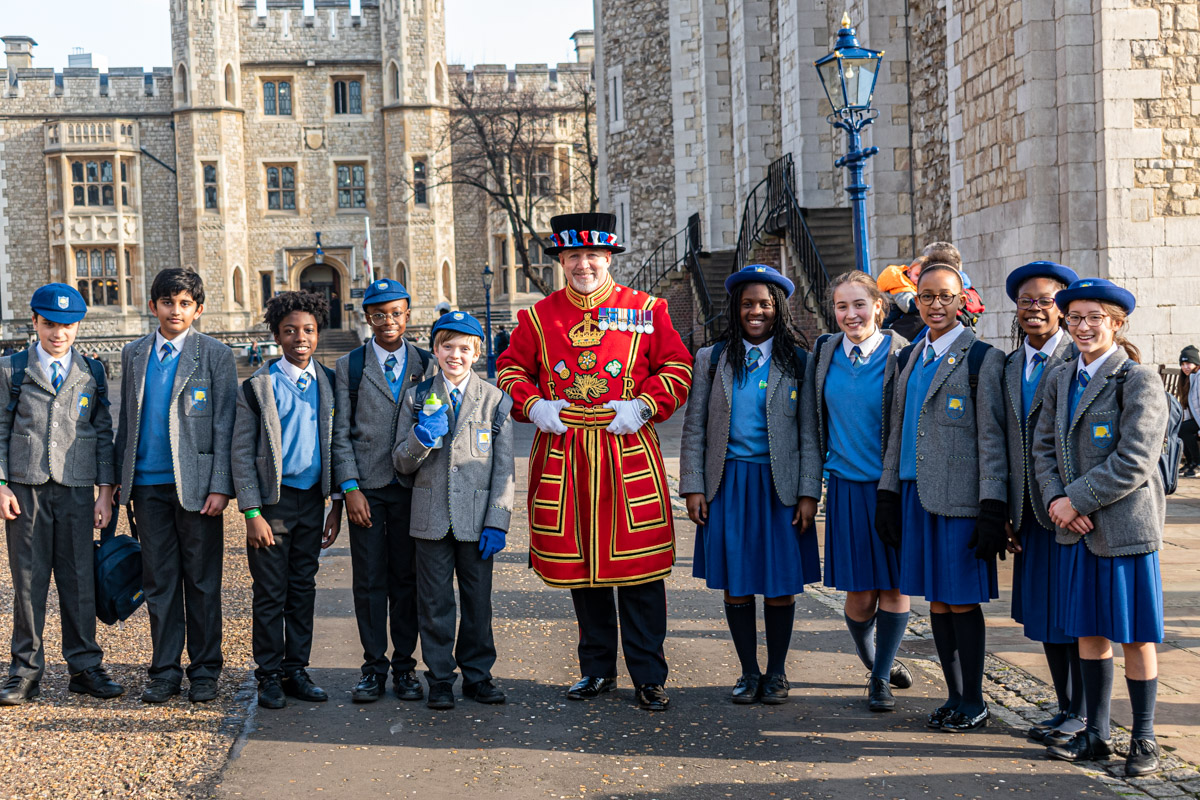 On a beautiful February morning Spruce and Juniper set off for Milton Keynes train station to travel to The Tower of London. We arrived in glorious sunshine and immediately went in to see the Crown Jewels, they were amazing and more brilliant than you could ever have imagined!

Next we went into The Bloody Tower, so called because it is believed it is in here that the two Princes were murdered by their uncle Richard. It was also where Sir Walter Raleigh and his family were imprisoned for plotting against James I. After lunch we had a short tour by a Yeoman Warden. He told us about all of the prisoners who took a one-way trip into The Tower of London through Traitors’ Gate. He also told us the stories of the seven prisoners who were beheaded on Tower Green. He told us that the saddest tale of all was about Lady Jane Grey, a hapless pawn of her father-in-law to ensure Protestant succession. Lady Jane rules for nine days, she was beheaded on 12th February 1554.

After a walk around The White Tower where we saw the Royal Armoury we headed back to Milton Keynes after a fantastic day out in London.

More in this category: « Acacia & Pine Trip to the National Museum of Computing Larch & Rowan Trip to Milton Keynes Museum »
back to top